Death of an Alchemist by Mary Lawrence

I received a free ecopy of this book from NetGalley in exchange for an honest review.  Mary Lawrence has been writing for a long time but, until recently, has been unpublished.  Death of an Alchemist is her second published novel featuring Bianca, a young lady (early 2os) living in the London of Henry VIII, who has picked up knowledge of healing herbs from her mother and some of the art of alchemy from her father, a disgraced alchemist since his falling out with that capricious king.  The first book in the series is The Alchemist’s Daughter, which I am definitely going to have to get.

Death of an Alchemist brings to life all the sights, sounds, and dangers Tudor London. Bianca has married John, an apprentice to a French metallurgist, and together they live in Gull Hole, an area of Southwark where they are in a rent where the air is stifling and full of foul smells from the River Thames.  It is August, 1543, and there are rumours of that dreaded disease “the sweating sickness”, fear of which usually drove the court out of London for the season.  Bianca, while not interested in the alchemy of projecting the philosopher’s stone (a substance purported to transmute base metals into gold), uses her knowledge to make balms and medicines which her friend Meddybemps sells from his pushcart along with his talismans and trinkets. 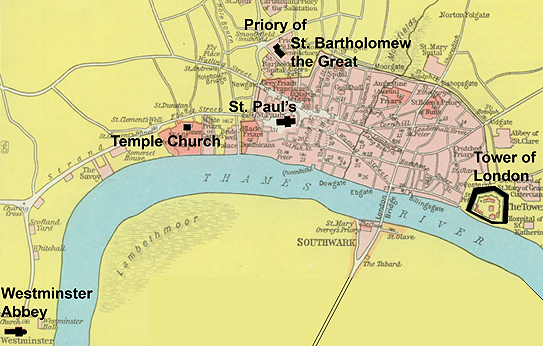 First, we meet the physician who “rarely [strays] from accepted protocol” who is treating a man by blood letting.  The victim’s neighbour was wrong in thinking it was the sweat, but the man dies anyway, the doctor having been called too late.  In an act of kindness, the doctor takes the man’s parrot and cat rather than leave them to fend for themselves, and takes them to a friend who is lonely since his daughter left to marry.  This friend, Ferris Stannum, an alchemist of some note, is also an acquaintance of Meddybemps, who sends Bianca around to get advice to help with her experiments in sublimation.  At Stannum’s, Bianca meets the physician, Barnabas Hughes, another alchemist named Plumbum (down on his luck, who clearly would like to get his hands on Stannum’s notebook), and Stannum’s landlady, Mrs. Tenbrook, to whom Stannum owes several months of back rent.  Stannum has brought his cat back from the brink of death using a discovery of his own which he asserts is “the elixir of life”, of great value if true.  He plans to send his notes to a colleague in Cairo, Madu Salib, for verification. 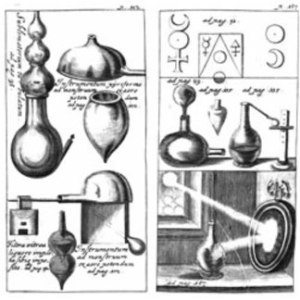 The very next day, Bianca returns with more questions only to find Stannum dead, Mrs. Tenbrook demanding his goods for payment of back rent, the doctor and the coroner agreeing that Stannum’s death was due to natural causes, and Bianca’s old nemesis, newly promoted Constable Patch overseeing all.  Bianca is less convinced that this was a natural death when she realizes that Stannum’s alchemy notebook is missing and his pillow is in another part of the room with two dots of blood on it, a nose breadth apart.  She is convinced this is murder, and already has several suspects in mind, including the estranged daughter, who turns up at the scene as well.

When Bianca discovers the alchemy notebook on the floor of her room, she becomes  consumed with the task of trying to duplicate the elixir but only to the point of creating a medicine to cure the sweat.  When John becomes ill, her efforts double.  She even seeks advice from her own estranged father.  But someone is stalking Bianca as she tries to gather the tools she needs to duplicate Stannum’s discovery, and more bodies turn up in her wake as she travels around London.

This is a compelling read with some backstory from the first novel in the series, and hints of more to come.  Lawrence has created some diverse characters and plausible scenarios that kept me turning the pages for more.  Although basically historical fiction, there is one character which takes us into the realm of fantasy — that of the Rat Man.  The Rat Man is a ferrier,

not mortal.  But, he was made from the stuff of mortal men. He was the vessel for thousands of souls; souls that had died of the plague, unwilling, and too young.  He embodied their anguished pleas, their forgotten potential. The tears of a thousand mothers and fathers filled his psyche. Born from the plague but not of it, he had watched London for more than four hundred years, though time, for him, was inconsequential. (Loc 1413)

This character, bound to the river, is also stalking whenever he senses the smell of alchemy, and he, too, would like the notebook in order to release himself from his current destiny.  To me, The Rat Man was not essential to the story but added an interesting element.  He wasn’t overly creepy but perhaps fit in with the superstitions of the age as portrayed in the story.

There’s lots of suspense in this novel, suspicious characters, depravity of the times, and surprising twists.  There is a glossary at the end for terms of alchemy and archaic words, and if you visit the author’s website, you can sign up for her newsletter, Alchemy and Mystery, full of tidbits about alchemy, Tudor England, herbs, and release dates for the next novel in the series.  An engaging read.  * * * *

Having taught elementary school for more than 25 years and been involved in many amazing technology and curriculum projects, I find I've developed a myriad of interests based on literature I've read and music I've heard. I've followed The Wright Three to Chicago, Ansel Adams to Colorado, The Kon Tiki Expedition to Easter Island, Simon & Garfunkel lyrics to New York City, Frank Lloyd Wright to Fallingwater, Pennsylvania, and have only just begun.
View all posts by mysm2000 →
This entry was posted in Adult Book and tagged alchemy, London 1500s, Mary Lawrence, the philosopher's stone, the sweating disease, Tudor England. Bookmark the permalink.

2 Responses to Death of an Alchemist by Mary Lawrence

This site uses Akismet to reduce spam. Learn how your comment data is processed.

If a good book, a night at the theatre, eclectic music, or a great movie are things you love to talk about, then this site is for you!

words and music and stories

Let's recollect our emotions in tranquillity

a potpourri of thoughts and experiences

A dog and cat in clothing. Puns. Travel. Bacon. Not necessarily in that order.

spiritual enlightenment and self improvement

Living the life of the common people.

Random thoughts in a wobbly world

Live to Write - Write to Live

We live to write and write to live ... professional writers talk about the craft and business of writing

Celebrating the bit players of history

Life and scribbles on the far side of SIXTY-FIVE

Vague Meanderings of the Broke and Obscure

Sharing Great Books, One Page at a Time

I Know I Made You Smile

Reviews of books...and occasional other stuff.